A fan has provided an interesting cover after DJ Cuppy begged Marvel to cast her sister in Black Panther 2.

A request by billionaire daughter and popular Nigerian Disc Jockey, Florence Otedola begging for her sister to be cast in the next Black Panther 2 movie has gotten the attention of Nigerians.

DJ Cuppy took to Twitter to request that Temi be included in the cast of the sequel for Hollywood blockbuster movie, Black Panther, which will be shot next year.

Recall that Temi did well in her latest movie, Citation. 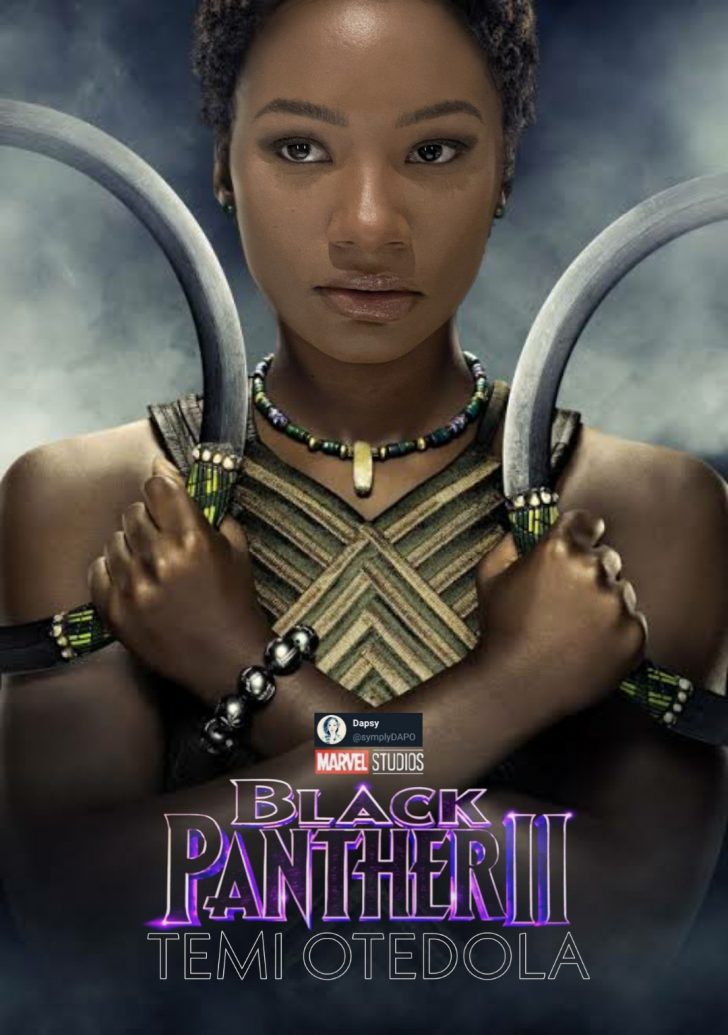 Her fans trooped to the comment section to amplify the tweet and one went as far as creating a promo cover with Temi’s face.